Progress... of a sort


We had middling success with our garden last year. With everything happening with my Mom's passing we got a pretty late start on planting things.
I made up an 8' x 4' frame for a raised bed and we filled it with dirt from the road berm, potting soil from Lowe's, and horse corral dirt from next door. Some seedlings got eaten as soon as they sprouted by some unknown vegetarian pest. I finally managed to make a PVC pipe frame and wrapped that with plastic netting to go around the raised bed. That helped for the four footed raiders but we still had a pretty fair crop of horn worms once the tomatos got growing. As it turns out, chickens love horn worms... good to know!
While we have a pretty fair growing season the tomatos never really got a chance to get going before we began to get frosty temperatures. I'm hoping we have better results this year.

Yesterday I put together a frame for another raised bed. The 2" x 12" wood I got from Lowe's was pretty bad with warping, splitting, and cupping, I had a heck of a time getting the ends squared together and bolted. Even then the frame was warped with one corner standing about an inch high from the ground. They just don't make wood like they used to.

Once the frame was carried to the garden site we had to level where it would be sitting. All the land here has a gradual tilt up to the mountains behind us. If we didn't account for that tilt the frame would pool water in the downhill end when we watered the plants.

Not only is the land here tilted but it's also laced with rocks both big and small. In an area 4' wide and 8' long we took out twelve rocks, and that was only digging down less than a foot. Most were under 12" or so but four were pretty large. One was the largest rock I've dug up yet. 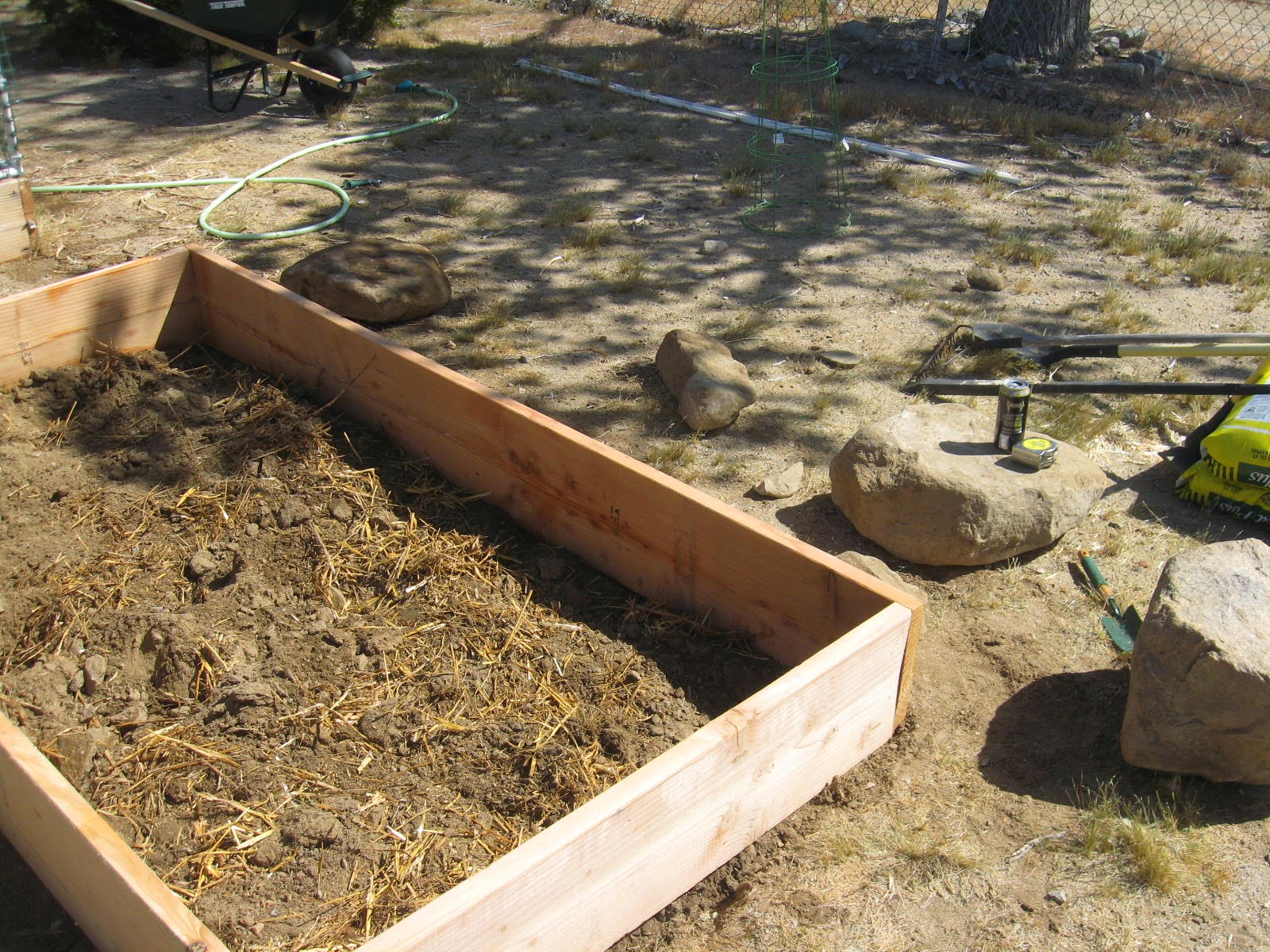 I always cringe when the shovel pings against a rock. Right at that moment there is no way to tell if it's a little stone that is easily tossed out or if it's something much larger that is going to try to ruin my back. A Harbor Freight steel pry bar has become a valuable tool to have out here.

As of now, the rocks are removed, the ground is broken, and we've mixed in some old straw with the dirt. I still have to fill the box with all the other stuff before we plant in it. I may get some time to do that in a couple days but for now, I'm tired. 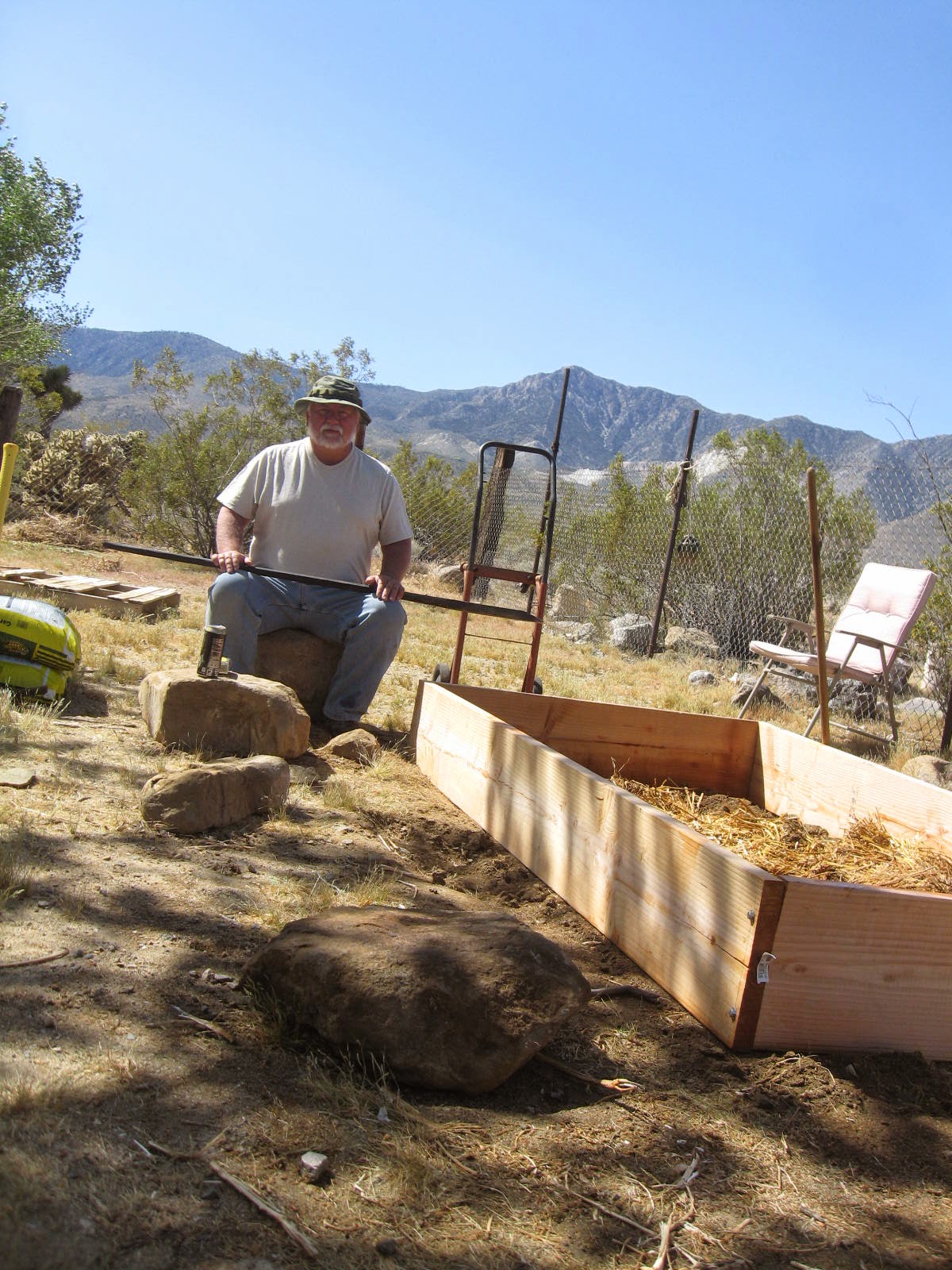 Hi u have a great blog im a new youtuber i was wondering if u could share my vid about how to make a self healing target face thanks
https://youtu.be/FAJbA4Zu24U

Please keep updating this blog, it's been too long. Great post! We adore this blog and This information is very good.